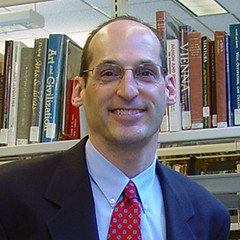 Steven J. Bell is the associate university librarian for research and instruction at Temple University in Philadelphia, Pennsylvania.  He served as the 2012-13 ACRL President and is currently serving as the ACRL 75th Anniversary scholarship fundraising campaign chair.

1. Describe yourself in three words: I was the ACRL Member of the Week on May 25, 2008. Back then my three words were “Blended. Passionate. Learner.”  I think those three still work pretty well for me. I’d change it up slightly to reflect what I’m doing more of these days: Learner. Speaker. Writer.

2. Why do you support the 75th ACRL Anniversary scholarship campaign? I had the pleasure to attend the scholarship breakfast at ACRL 2013. Meeting scholarship winners was both rewarding and eye-opening. It was the scholarship that made it possible for these students to attend. It was clear that receiving a scholarship makes a huge difference to these academic librarians. Those I spoke with indicated that it would enable them to engage with ACRL — and in the future they hoped to give back to ACRL. If we can use this campaign to double the number of scholarship awards for ACRL 2015 it will be a win for our members and our association.

3. What might someone be surprised to know about you? This is the first time in my career that I am actively involved in a fundraising campaign.

4. Since you’ve become a member of ACRL, tell us about someone who influenced you in some way. Quite a few folks but Larry Hardesty has always had a big influence on me. I regard him as the total package. Great ideas. Great research. Gets things done. Makes a difference. Enduring contributions. Always humble. Sticky messages. Always willing to listen. Kind to others. No drama. I think where he influenced me most is in understanding that academic librarianship is about more than libraries; it is about higher education. He was one of the best ACRL presidents and I can only hope that when my time as president is over I’ll have done even half a good a job at it as Larry did.

6. In your opinion, what is the most important work that ACRL does? It’s something I refer to as “initiative-centric development.” Where I see ACRL doing the most good and bringing consistent value to its members is developing initiatives for application at the local level. What ACRL does for its members is create high-level initiatives they can then adapt to their institutions. The effort required to develop these initiatives is beyond the resources of individual members. But as a collective force, guided by ACRL, we can accomplish something powerful that benefits all academic librarians. That’s the essence of a member association. Our initiative-centricity is directly connected to the Plan for Excellence. Take student learning.  ACRL’s Immersion Institutes give academic librarians who attend the power to be better educators as they use the tools and techniques learned at Immersion to implement local information literacy initiatives.

In the scholarly communications domain ACRL sponsors the Scholarly Communication Roadshow that enables academic librarians across the country to build the skills needed to engage their community members in reforming scholarly communications. Perhaps our most ambitious initiative-centric project to date is the Value of Academic Libraries. With the new Assessment in Action program taking off an entirely new way of empowering members to demonstrate the library’s value on the local level is being made possible. I am looking forward to the launch of ACRL’s next initiative. I’m not sure what it is yet but I know it will be great.