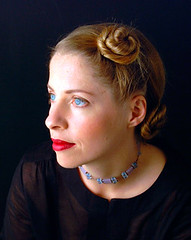 Tiffany Shlain (Wednesday, March 30, 2011)
Tiffany Shlain is an award-winning filmmaker, artist, Internet pioneer, and activist. Founder of The Webby Awards and co-founder of the International Academy of Digital Arts and Sciences, she was honored by Newsweek as one of the “Women Shaping the 21st Century.” Her films have been selected at over 100 film festivals including Sundance, Tribeca, and Rotterdam, have won 20 awards including Audience and Grand Jury Prizes. Tiffany’s films are a fusion of documentary and narrative and known for their whimsical yet provocative approach unraveling complicated subjects like politics, cultural identity, technology and science. Shlain is currently working on a feature-length film and Internet project, “Connected: A Declaration of Interdependence,” set for completion in winter 2010. 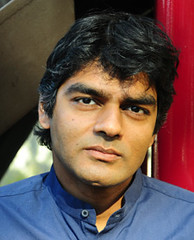 Raj Patel (Thursday, March 31, 2011)
Activist, academic, and much-in-demand speaker, Raj Patel is an authority on the world economic system and the international food crisis.  Raj brings the idea of interdependence to his writings about sustainability, the food crisis, and democracy.  Currently, he is a visiting scholar at UC Berkeley’s Center for African Studies, an Honorary Research Fellow at the School of Development Studies at the University of KwaZulu-Natal, and a fellow at The Institute for Food and Development Policy, also known as Food First. He is an award winning author of five books including Voices of the Poor: Can Anyone Hear Us?, Stuffed and Starved: The Hidden Battle for the World Food System and his 2010 New York Times best-seller, The Value of Nothing: How to Reshape Market Society and Redefine Democracy. He has written more than a dozen articles, all of which are open access and freely available on his website, along with a link to his blog and several thought-provoking videos. 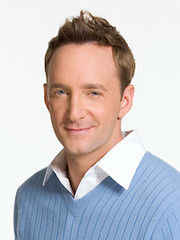 Clinton Kelly (Saturday, April 2, 2011)
What happens when a renowned fashion expert with an international following comes to ACRL? Find out when Clinton Kelly, co-host of TLC’s What Not to Wear, delivers the closing keynote at ACRL 2011. A renowned fashion expert and author who specializes in helping individuals achieve personal and professional transformations, Kelly will discuss why we are often averse to change and how to turn this fear into positive action.  You’ll want to be there when Kelly delivers the closing keynote address and sends thousands of academic and research librarians home with inspiration and ideas for a better self and a better library. Just don’t expect $5,000 for a new wardrobe.  Get to know Kelly better with this video and learn how his ideas about change and style can apply to you personally and professionally.

ACRL 2011 will be held in Philadelphia, March 30 – April 2, 2011.  Registration opens May 18; check out the conference website for complete details.