ACRL is able to award scholarships to academic and research librarians and library staff to attend the ACRL 2019 Conference thanks to donors like Douglas K. Lehman. The association is strongly dedicated to equity, diversity, and inclusion, and the Scholarships Committee gives preference to applicants who are from diverse cultural/ethnic backgrounds, serve under-represented groups, and have not previously been awarded an ACRL scholarship. We invite you to invest in the future leaders of the profession as they seek to gain the experience, knowledge, and connections needed to advance learning and transform scholarship in the 21st century by contributing to the ACRL 2019 Conference Scholarship fund. To learn more about donating, please visit the ACRL 2019 website. 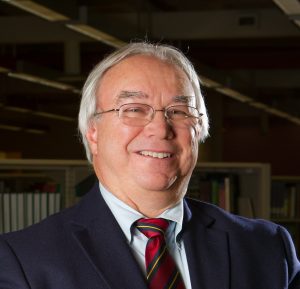 Doug is the Director of the Thomas Library at Wittenberg University, and has been a Friend of ACRL since 2013.

3. What might someone be surprised to know about you? That I grew up on a farm in Van Wert County, Ohio.

4. Since you’ve become a member of ACRL, tell us about someone who influenced you in some way? There are so many librarians, and others, who have influenced me that I am reticent to mention anyone lest I forget someone. Certainly the leadership of ACRL over the years (and it’s been a lot of years) and ACRL staff. Serving as the ACRL Division Councilor on ALA Council brought me into contact with so many other great librarians who are so dedicated and passionate about the issues that librarians deeply care about.

5. In your opinion, what is the most important work that ACRL does? While all the work ACRL does is important, perhaps the most important is advocacy for academic libraries. In the current environment when college enrollment is starting to level off and some colleges are on the verge of closing the advocacy work is critical. Providing librarians with information make their case for the value of their libraries is of great significance.

7. How has attending the ACRL conference benefited you? Attending the ACRL Conference is one of those events I look forward to as an opportunity to see what others are doing and a chance to reconnect with librarians I have known over the course of my career. It is a chance to get recharged with new ideas.