ACRL announces its celebrated lineup of keynote speakers for the ACRL 2019 Conference, “Recasting the Narrative,” to be held April 10- 13, in Cleveland, Ohio. Be challenged and inspired by ACRL’s three thought-provoking speakers, who also double as award-winning journalists, authors, and cartoonists. 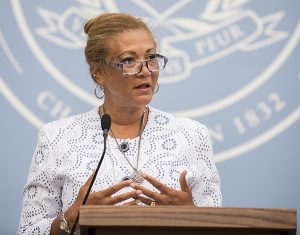 Michele Norris is a Peabody Award-winning journalist, founder of The Race Card Project and Executive Director of The Bridge, The Aspen Institute’s new program on race, identity, connectivity, and inclusion.

For more than a decade Michele served as a host of NPR’s “All Things Considered” where she interviewed world leaders, American presidents, Nobel laureates, leading thinkers, and groundbreaking artists. She has also produced in-depth profiles, interviews and series for NPR News programs as well as special reports for National Geographic, Time Magazine, ABC News, and Lifetime Television. Norris created The Race Card Project, an initiative to foster a wider conversation about race in America, after the publication of her family memoir, The Grace of Silence: A Family Memoir. In the book she turns her formidable interviewing and investigative skills on her own background to unearth long hidden family secrets that raise questions about her racial legacy and shed new light on America’s complicated racial history. 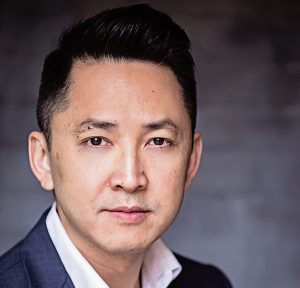 Viet Thanh Nguyen’s writing is bold, elegant, and fiercely honest. His remarkable debut novel, The Sympathizer, won the Pulitzer Prize, was a Dayton Literary Peace Prize winner, and made the finalist list for the PEN/Faulkner award.

Viet and his family came to the United States as refugees during the Vietnam War in 1975. As he grew up in America, he began to notice that most movies and books about the war focused on Americans while the Vietnamese were silenced and erased. He was inspired by this lack of representation to write about the war from a Vietnamese perspective, globally reimagining what we thought we knew about the conflict. The New York Times says that his novel, The Sympathizer, “fills a void…giving voice to the previously voiceless while it compels the rest of us to look at the events of forty years ago in a new light.” His voice is refreshing and powerful as he urges readers to examine the legacy of that tumultuous time and its aftermath from a new perspective.

Viet was the recipient of a MacArthur “Genius” Grant. The MacArthur foundation noted that Viet’s work “not only offers insight into the experiences of refugees past and present, but also poses profound questions about how we might more accurately and conscientiously portray victims and adversaries of other wars.”

Alison Bechdel is an internationally beloved cartoonist whose darkly humorous graphic memoirs, astute writing and evocative drawing have forged an unlikely intimacy with a wide and disparate range of readers.

For twenty-five years Alison self-syndicated Dykes to Watch Out For. The award-winning generational chronicle has been called “one of the pre-eminent oeuvres in the comics genre, period” by Ms. Magazine. From the strip was born the now famous “Bechdel test,” which measures gender bias in film.

Her first graphic novel Fun Home: A Family Tragicomic was named the Best Book of the year by TIME, describing the tightly architected investigation into her closeted bisexual father’s suicide “a masterpiece about two people who live in the same house but different worlds, and their mysterious debts to each other.” Fun Home was a finalist for a National Book Critics Circle Award and was adapted into a Broadway musical that has won five Tony Awards including Best Musical. Alison was the recipient of a 2012 Guggenheim Fellowship and in 2014 she received a MacArthur “Genius” Grant. In their citation the MacArthur Foundation noted that Alison “is changing our notions of the contemporary memoir and expanding the expressive potential of the graphic form.”

Additional details about the ACRL 2019 Conference are available on the conference website. Registration and housing are currently available. For more information about ACRL 2019, contact ACRL Conference Manager Tory Ondrla at tondrla@ala.org or 312-280-2515.