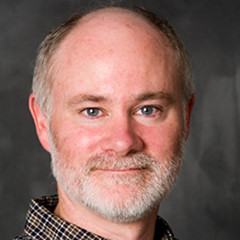 Tim Bucknall, assistant dean of libraries and head of electronic resources and information technologies at the University of North Carolina at Greensboro (UNCG), is the 2014 Association of College and Research Libraries’ (ACRL) Academic/Research Librarian of the Year. The award, sponsored by YBP Library Services, recognizes an outstanding member of the library profession who has made a significant national or international contribution to academic/research librarianship and library development.

“Tim Bucknall’s service to the library profession is truly impressive,” noted Laurel Littrell, chair of the ACRL Academic/Research Librarian of the Year Award Committee and director of library planning and assessment at Kansas State University. “Among his many accomplishments, he founded the Carolina Consortium in 2004, to provide access to library resources for the University of North Carolina system. Tim also created Journal Finder, the first open source link resolver and knowledge base tool, which eventually was picked up by a vendor for wider development and distribution in 2008. Not only has Tim created and developed these tools and services, he also shares his experience and knowledge to others in the profession to assist them in using these as models to benefit library patrons across the country and world.”

“I feel deeply honored to be recognized by ACRL for my professional contributions,” Bucknall said. “Of course, academic librarianship is rarely a solo performance, and none of my accomplishments could have been realized without the support, insight and dedication of my fellow library professionals within North Carolina and across the nation. This award emphasizes that when librarians work together, we can do amazing things. ”

Bucknall is the founder and convener of the Carolina Consortium, an open coalition that enables academic libraries in North Carolina and South Carolina to use their bulk purchasing power to obtain favorable pricing on a variety of electronic resources that are of significant interest to the scholarly community. As a result of Bucknall’s leadership, the consortium includes more than 147 community colleges, public universities and private institutions of higher learning and yields a cost avoidance of more than two hundred thirty million dollars for its members.

Bucknall is also known for his open and inclusive approach to entrepreneurship. In 2000, he developed Journal Finder, the first open URL link resolver and knowledge base to go into production in the United States. Bucknall and his team at UNCG additionally developed NC DOCKS, an institutional repository shared between seven libraries at mainly mid-sized and smaller schools in the University of North Carolina system that provides an affordable repository solution.

His work has allowed libraries to maintain a high level of collection quality, to unite together to curb runaway inflation in serial costs and to leverage cost and usage data across libraries to better effect efficiencies in buying and accessing intellectual content on ever-dwindling collections budgets. Bucknall’s creative, team-driven approach to librarianship; coalition building abilities, especially between the library and conveyor communities; and innovative approach have earned him the respect, trust and admiration of his colleagues in the Carolinas and beyond.

“Tim’s work in building consortia, leveraging e-resources and improving use of information technology are important contributions to the profession,” added ACRL Executive Director Mary Ellen Davis. “I am delighted at his inclusive approach and the value that he places on teamwork and collaboration, traits that are firmly engrained in the ACRL culture.”

Bucknall has shared his knowledge with the academic library community through writing and presenting on technology, online catalogs, electronic resources, serials management issues, open access and more. He has discussed his work at a wide range of conferences including the Charleston Conference, Association of Southeastern Research Libraries (ASERL) conferences, Electronic Resources and Libraries, the North American Serials Interest Group (NASIG) conference, Computers in Libraries, ACRL conferences and the ALA Annual Conference.

His publications include Library Technology and User Services: Planning, Integration, and Usability Engineering (with Anthony Chow, 2012), “Usability Engineering and Technology Integration in Libraries” in The International Journal of Science in Society (with Anthony Chow, 2009), “A Comparative Evaluation of Journal Literature Access Options at the University of North Carolina at Greensboro” in Interlending and Document Supply (2009) and “U-Search: A User Study of the CD-ROM Service at the University of North Carolina at Chapel Hill” in RQ (with Rikki Mangrum, 1998).

Prior to joining UNCG as head of the Electronic Resources and Information Technology Department in 1994, Bucknall served as electronic services librarian at the University of North Carolina-Chapel Hill (UNC-CH) from 1989 to 1994. He received the North Carolina Library Association RTSS Significant Achievement Award in 2001 and was named a 2006 Mover and Shaker by Library Journal.

About ACRL
The Association of College & Research Libraries (ACRL) is the higher education association for librarians. Representing more than 11,500 academic and research librarians and interested individuals, ACRL (a division of the American Library Association) is the only individual membership organization in North America that develops programs, products and services to help academic and research librarians learn, innovate and lead within the academic community. Founded in 1940, ACRL is committed to advancing learning and transforming scholarship. ACRL is on the Web at www.acrl.org/, Facebook at www.facebook.com/ala.acrl and Twitter at @ala_acrl.