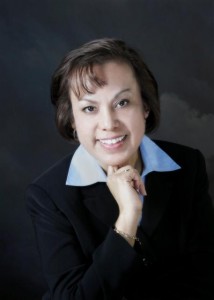 Martha A. Parker, the Librarian in Residence at the University of Arkansas at Fayetteville, and Jeff Banks, the Assistant Director for Library Human Resources and Diversity Programs, co-presented the ACRL 2012 Diversity Standards: Cultural Competency for Academic Libraries, which were developed by the ACRL Racial and Ethnic Diversity Committee.

Martha, a former LB21 scholar, arrived at the University of Arkansas Libraries last January.  Since her arrival, Martha’s work in diversity has been recognized during her presentations at the 2012 ALA-Midwinter Conference, the 2012 Joint Conference Librarians of Color, and her most recent presentation at the Library 2.012, the worldwide virtual conference.

One idea from the feedback given to Martha and her teammates while presenting the ACRL’s 2012 Diversity Standards for Academic Libraries at various conferences is the need for an introductory tool.  Jeff Banks and Martha Parker quickly responded to that need by producing a short, seven-minute video that guides the audience through a quick overview of the standards and suggests guidelines and approaches to implementing them.

Martha has had many accomplishments during the first year of her residency at the University of Arkansas Libraries, including publishing her first article in the journal Science and Technology Libraries titled “The Anatomy of Nursing LibGuides,” which she co-authored with the Libraries’ Life Sciences Librarian, Tony Stankus, developing a LibGuide on the subject of diversity, and working with various ALA committees such as the ACRL-REDC, REFORMA, and the International Relations Round Table. 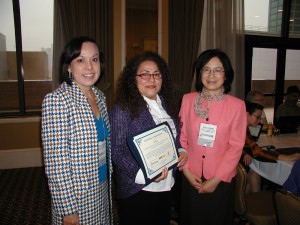 Jeff Banks, the coordinator for the Librarian-in-Residence Program, has been especially impressed with Ms. Parker’s work as resident, stating, “Martha has demonstrated a commitment to diversity and to service in librarianship that has laid a solid foundation for her library career, which will no doubt propel her to even greater opportunities in the future.”

To view Martha’s video on YouTube, go to: http://www.youtube.com/watch?v=fhBD-e5QZVQ&feature=youtu.be

2 thoughts on “Martha Parker: Getting the Diversity Conversation Started at the University of Arkansas Libraries (VIDEO)”