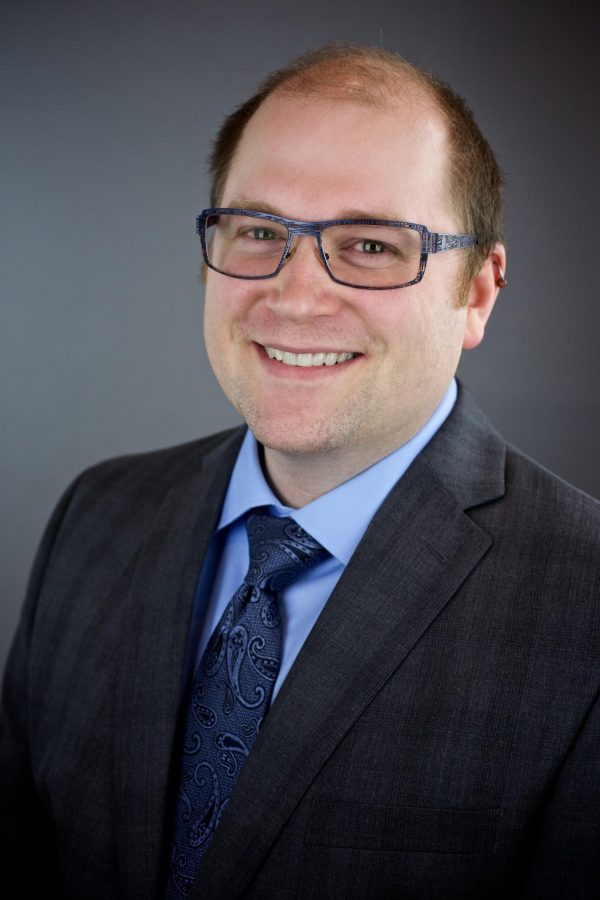 Anthony Wright de Hernandez is the Resident Librarian at Virginia Polytechnic Institute and State University. The length of his residency is 3 years. His residency began on August 10, 2015 and will end on August 9, 2018.  He can be reached at 540-231-4442 and antwri@vt.edu.

Tell me a little bit about your background. Where did you attend college? What degrees do you have? What programs (undergraduate or graduate) prepared you for your current position? Tell me about your position and what you do?

I’m originally from the Washington, DC area. I attended Shenandoah University for three years right out of high school, studying technical theatre and music therapy. I also spent a semester as an art history major at the University of Iowa. I then left school for about 8 years and worked at a telecom startup, the NCAA Initial-Eligibility Clearinghouse, and Wells Fargo before returning to school. I finally completed my undergrad online through the University of Massachusetts Boston, earning a BA in Community Studies. A few years later, I completed the online MLIS program at the University of Washington (Seattle) iSchool.

In my current position, I’ve settled into a functional role of Community Collections Archivist, following a year of rotations. I use both my MLIS and my BA in Community Studies for the work that I do. I also use a lot of my experience from Wells Fargo where I learned to work directly with marginalized communities by working with Somali and Ethiopian refugees on a regular basis. Most of my work is traditional archives work: processing collections, working with donors, creating exhibits, etc. I also spend a lot of my time interfacing with Virginia Tech’s Intercultural Engagement Center and making connections between Special Collections and various traditionally marginalized communities. My focus this year has been on working with the LGBTQ+ and Muslim communities but I’ve also done significant work with the Women’s Center, the Black Cultural Center, and the American Indian and Indigenous Cultural Center.

Here are some highlights of the projects I’ve done during my residency:

I worked with our Black Cultural Center to create a series of posters showcasing a copy of this letter in our Special Collections in honor of Black History Month.

I curated a digital exhibit for the 10th anniversary of the April 16 shootings at Virginia Tech: http://digitalsc.lib.vt.edu/exhibits/show/april16

Cogito Ergo Chuckles: “I Think Therefore I Cackle” – A conversation about a literary life performed in social justice comedy theatre

This event will highlight a recent accession in our Special Collections. The donor will be present and will give a short talk about social justice and the arts.

Safe Zone: LGBTQ+ and the Media

I created a session for our Safe Zone program focused on examining LGBTQ+ treatment in the media and teaching basic media literacy principles.

Before my residency, I firmly believed that I would work in technical services for an academic library or find a position in a university registrar’s office. Clearly, that has changed. During my rotation, I had the opportunity to work in Special Collections and I became inspired by the possibilities of working with community groups and marginalized communities to make sure their stories are preserved and available.

What caught your interest about the residency that you are a part of?

There were a couple of things that caught my interest. It was the first residency I became aware of – I met the residency coordinator, Charla Gilbert, at ALA Mid-Winter and she told me about the Diversity Alliance for Academic Librarianship and the residency. I also liked the diversity focus, the opportunity to rotate through departments, and the chance to gain some experience to jump-start my career.

Are you the 1st resident? What’s your experience been like there?

I am the first resident at Virginia Tech. When I started, I was given a lot of autonomy to direct my own experience and to help define the model for residencies at Virginia Tech. My first year was a year of rotation. I was asked to select three departments from a list of seven to rotate through. I interviewed each department head and then chose my three: technical services, data services, and special collections. I set my own schedule for the rotations and defined a lot of the terms. I asked each department to give me a project to work on while I was with them and to involve me in as much of the normal departmental work as possible. I also suggested creating a liaison role with the Intercultural Engagement Center and took that on after working out the framework with the residency coordinator. For me, the autonomy was new. I never had this much freedom to direct my own work in my previous jobs. It took a little getting used to but I love having the freedom and support to propose and pursue my own projects for the library.

What project(s) have you done that you felt added the most value?

I think the Native Voices: Native Peoples’ Concepts of Health and Illness exhibit was the most valuable thing I’ve done so far. The exhibit itself was created by the National Library of Medicine. The exhibit tour was put together by the ALA Public Programs Office. My involvement was to direct our application and coordinate events around the exhibit when it was in our library. We partnered with the local community and various departments at Virginia Tech to complement the exhibit. We got a lot of positive feedback on the exhibit and our events. We also brought together a diverse constituency to discuss health issues for the First Nations peoples in Virginia.

How are you becoming or staying in involved with the wider profession?

I’ve volunteered for a variety of committees and attend a lot of conferences. I’m currently serving on the ALA GLBT Round Table Web Committee, the ACRL Residency Interest Group Web Committee, I’m an officer for the Virginia Library Association’s Diversity & Inclusion Forum, and I will start a new appointment to a national committee with the Society of American Archivists later this year – it hasn’t been announced yet, so I can’t say which one. In the last year and a half, I attended the LITA Forum and two VLA conferences. I presented or was on a panel at the National Diversity in Libraries Conference, ACRL, and the Charleston Conference. I will be at the MARAC and SAA conferences in the next couple of months. I’ve had a lot of opportunity in this area and I’m grateful for that.

Do you have any advice for graduates applying to residencies or jobs?

Keep at it. Job search is frustrating but perseverance pays off. The most important lesson I’ve learned about job search during this process is that the search committee wants you to succeed. They want you to be the candidate they’re looking for and they want you to do well. There are a lot of applicants for any position, so competition is high but you’ll eventually find a position if you keep looking. Also, be open to relocating, if possible.

What’s your favorite book or genre?

I love sci-fi/fantasy and historical fiction. I wouldn’t be working in libraries and archives if it wasn’t for Terry Brooks’ Shannara series and Neal Stephenson’s Baroque Cycle. I discovered Shannara at the Prince William County Public Library during a summer reading program when I was 13. I hated reading before that. I discovered Special Collections while taking part in a promotional contest related to the release of the second volume in the Baroque Cycle. I had to decipher a “universal language” from the 1600’s to win the contest and the University of Iowa Special Collections had a copy of the original book detailing the mechanics of the language. I won a signed galley copy of one of the books in the cycle.

Do you have a blog/website?

I have a website with a blog about my residency. I’ve fallen a bit behind but am working on a new post that will go live soon. My site is: awrightdehernandez.com.

RIG will feature a monthly interview with a current or past resident on the RIG blog. Please contact  Twanna Hodge at tkhodge20@gmail.com if you are interested in being featured.